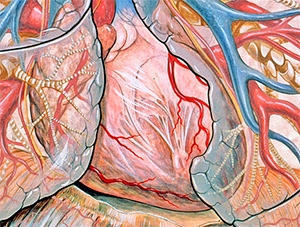 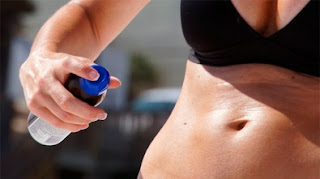 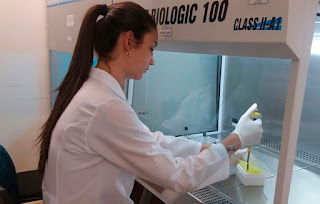 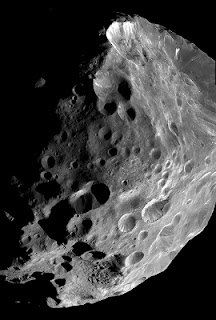 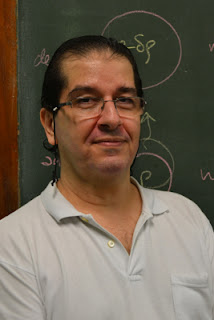 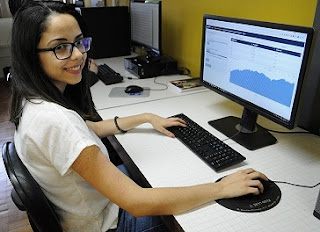 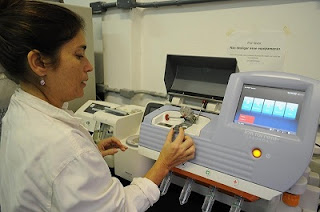 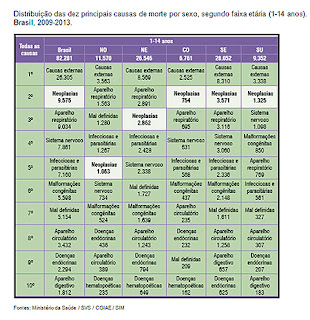 Genetic drivers of most common form of Lymphoma identified


Lymphoma is the most common blood cancer, but the diagnosis belies a wildly diverse and little understood genetic foundation for the disease that hampers successful treatment.

An international research effort led by Duke Cancer Institute scientists has been working to better understand the genetic underpinnings of the most prevalent form of this cancer -- diffuse large B cell lymphoma – and how those genes might play a role in patients’ responses to therapies.

The researchers analysed tumour samples from 1,001 patients who had been diagnosed with diffuse large B cell lymphoma over the past decade. These patients had been treated at 12 institutions around the world.

Using whole exome sequencing, the researchers pinpointed 150 genetic drivers of the disease, many newly identified. The team then tested to see if there were any correlations between the genes and how well patients had responded to standard therapies. The team applied a genome editing technique known as CRISPR to knock out each of the 20,000 genes in lymphoma cells to identify those that are critical for lymphoma cells to grow. By assessing the genetic, CRISPR and clinical results, the researchers found several critical genetic links that could help guide treatments.

“This work provides a comprehensive road map in terms of research and clinical priorities,” said Sandeep Davé, MD, professor of medicine at Duke. “We have very good data now to pursue new and existing therapies that might target the genetic mutations we identified. Additionally, this data could also be used to develop genetic markers that steer patients to therapies that would be most effective.”

Vitamin C may “tell” faulty stem cells in the bone marrow to mature and die normally, instead of multiplying to cause blood cancers.

Certain genetic changes are known to reduce the ability of an enzyme called tet methylcytosine dioxygenase 2, or TET2, to encourage stem cells to become mature blood cells, which eventually die, in many patients with certain kinds of leukemia, say the authors. The new study found that vitamin C activated TET2 function in mice engineered to be deficient in the enzyme.
“We’re excited by the prospect that high-dose vitamin C might become a safe treatment for blood diseases caused by TET2-deficient leukemia stem cells, most likely in combination with other targeted therapies,” says corresponding study author Benjamin G. Neel, MD, PhD, professor in the Department of Medicine and director of Perlmutter Cancer Center.
Changes in the genetic code, or mutations, that reduce TET2 function are found in 10 percent of patients with acute myeloid leukemia (AML), 30 percent of those with a form of preleukemia called myelodysplastic syndrome, and in nearly 50 percent of patients with chronic myelomonocytic leukemia. Such cancers cause anemia, infection risk, and bleeding as abnormal stem cells multiply in the bone marrow until they interfere with blood cell production, with the number of cases increasing as the population ages.

Along with these diseases, new tests suggest that about 2.5 percent of all United States cancer patients—or about 42,500 new patients each year—may develop TET2 mutations, including some with lymphomas and solid tumours, say the authors.

The study results revolve around the relationship between TET2 and cytosine, one of the four nucleic acid “letters” that comprise the DNA code in genes. Every cell type has the same genes, but each gets different instructions to turn on only those needed in a given cellular context. These “epigenetic” regulatory mechanisms include DNA methylation, the attachment of a small molecule termed a methyl group to cytosine bases that shuts down the action of a gene containing them.
The back-and-forth attachment and removal of methyl groups also fine tunes gene expression in stem cells, which can mature, specialize, and multiply to become muscle, bone, nerve, or other cell types. This happens as the body first forms, but the bone marrow also keeps pools of stem cells on hand into adulthood, ready to become replacement cells as needed. In leukemia, signals that normally tell a blood stem cell to mature malfunction, leaving it to endlessly multiply and “self-renew” instead of producing normal white blood cells needed to fight infection.

The enzyme studied in this report TET2, enables a change in the molecular structure, or oxidation, of methyl groups that is needed for them to be removed from cytosines. This “demethylation” turns on genes that direct stem cells to mature, and to start a countdown toward self-destruction as part of normal turnover. This serves as an anti-cancer safety mechanism, one that is disrupted in blood cancer patients with TET2 mutations, says Dr. Neel.

To determine the effect of mutations that reduce TET2 function in abnormal stem cells, the research team genetically engineered mice such that the scientists could switch the TET2 gene on or off.
Similar to the naturally occurring effects of TET2 mutations in mice or humans, using molecular biology techniques to turn off TET2 in mice caused abnormal stem cell behaviour. Remarkably, these changes were reversed when TET2 expression was restored by a genetic trick. Previous work had shown that vitamin C could stimulate the activity of TET2 and its relatives TET1 and TET3. Because only one of the two copies of the TET2 gene in each stem cell is usually affected in TET2-mutant blood diseases, the authors hypothesized that high doses of vitamin C, which can only be given intravenously, might reverse the effects of TET2 deficiency by turning up the action of the remaining functional gene.

Surprising discovery about how neurons talk to each other

Researchers at the University of Pittsburgh have uncovered the mechanism by which neurons keep up with the demands of repeatedly sending signals to other neurons. The new findings, made in fruit flies and mice, challenge the existing dogma about how neurons that release the chemical signal dopamine communicate, and may have important implications for many dopamine-related diseases, including schizophrenia, Parkinson’s disease and addiction.


Neurons communicate with one another by releasing chemicals called neurotransmitters, such as dopamine and glutamate, into the small space between two neurons that is known as a synapse. Inside neurons, neurotransmitters awaiting release are housed in small sacs called synaptic vesicles.
“Our findings demonstrate, for the first time, that neurons can change how much dopamine they release as a function of their overall activity. When this mechanism doesn’t work properly, it could lead to profound effects on health,” explained the study’s senior author Zachary Freyberg, M.D., Ph.D., who recently joined Pitt as an assistant professor of psychiatry and cell biology. Freyberg initiated the research while at Columbia University.
When the researchers triggered the dopamine neurons to fire, the neurons’ vesicles began to release dopamine as expected. But then the team noticed something surprising: additional content was loaded into the vesicles before they had the opportunity to empty. Subsequent experiments showed that this activity-induced vesicle loading was due to an increase in acidity levels inside the vesicles.


“Our findings were completely unexpected,” said Freyberg. “They contradict the existing dogma that a finite amount of chemical signal is loaded into a vesicle at any given time, and that vesicle acidity is fixed.”
The team then demonstrated that the increase in acidity was driven by a transport channel in the cell’s surface, which allowed an influx of negatively charged glutamate ions to enter the neuron, thus increasing its acidity. Genetically removing the transporter in fruit flies and mice made the animals less responsive to amphetamine, a drug that exerts its effect by stimulating dopamine release from neurons.


“In this case, glutamate is not acting as a neurotransmitter. Instead it is functioning primarily as a source of negative charge, which is being used by these vesicles in a really clever way to manipulate vesicle acidity and therefore change their dopamine content,” Freyberg said. “This calls into question the whole textbook model of vesicles as having fixed amounts of single neurotransmitters. It appears that these vesicles contain both dopamine and glutamate, and dynamically modify their content to match the conditions of the cell as needed.”
In the future, the team plans to look more closely at how increases in vesicle acidification affect health. A number of brain diseases are characterized by abnormal dopamine neuron signalling and altered levels of the neurotransmitter.


“Since we have demonstrated that the balance between glutamate and dopamine is important for controlling the amount of dopamine that a neuron releases, it stands to reason that an imbalance between the two neurotransmitters could be contributing to symptoms in these diseases,” said Freyberg.


In this age of fast fashion and fast food, people want things immediately. The same holds true when they get sick and want to know what’s wrong. But performing rapid, accurate diagnostics on a serum sample without complex and time-consuming manipulations is a tall order. Now, a team reports that they have developed a biosensor that overcomes these issues.


Field-effect transistor (FET)-based biosensors are ideal for point-of-care diagnostics because they are inexpensive, portable, sensitive and selective. They also provide results quickly and can be mass-produced to meet market demand. These sensors detect the change in an electric field that results from a target compound, such as a protein or DNA, binding to it. But serum has a high ionic strength, or a high concentration of charged ions, that can mask the targets. Previous research has reported use of pre-treatment steps, complex devices, and receptors with different lengths and orientations on the sensor surface, but with limited success. Alexey Tarasov and colleagues wanted to develop a new approach that would make it easier for FETs to be made as point-of-care diagnostic devices for serum analyses.


The researchers developed a FET sensor that included antibody fragments and polyethylene glycol molecules on a gold surface, which they linked to a commercially available transducer. In this configuration, different sensor chips can be swapped out for use with the same transducer. As a proof-of-principle, they tested the sensor with human thyroid-stimulating hormone. The team found that they could detect the hormone at sub-picomolar concentrations, well below the detection limit previously reported with FETs, when testing it at elevated temperatures. They say that the device could be modified to diagnose many conditions and illnesses, and is inexpensive and easy to use. 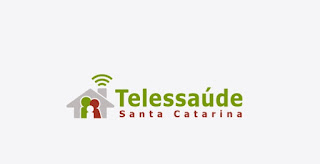 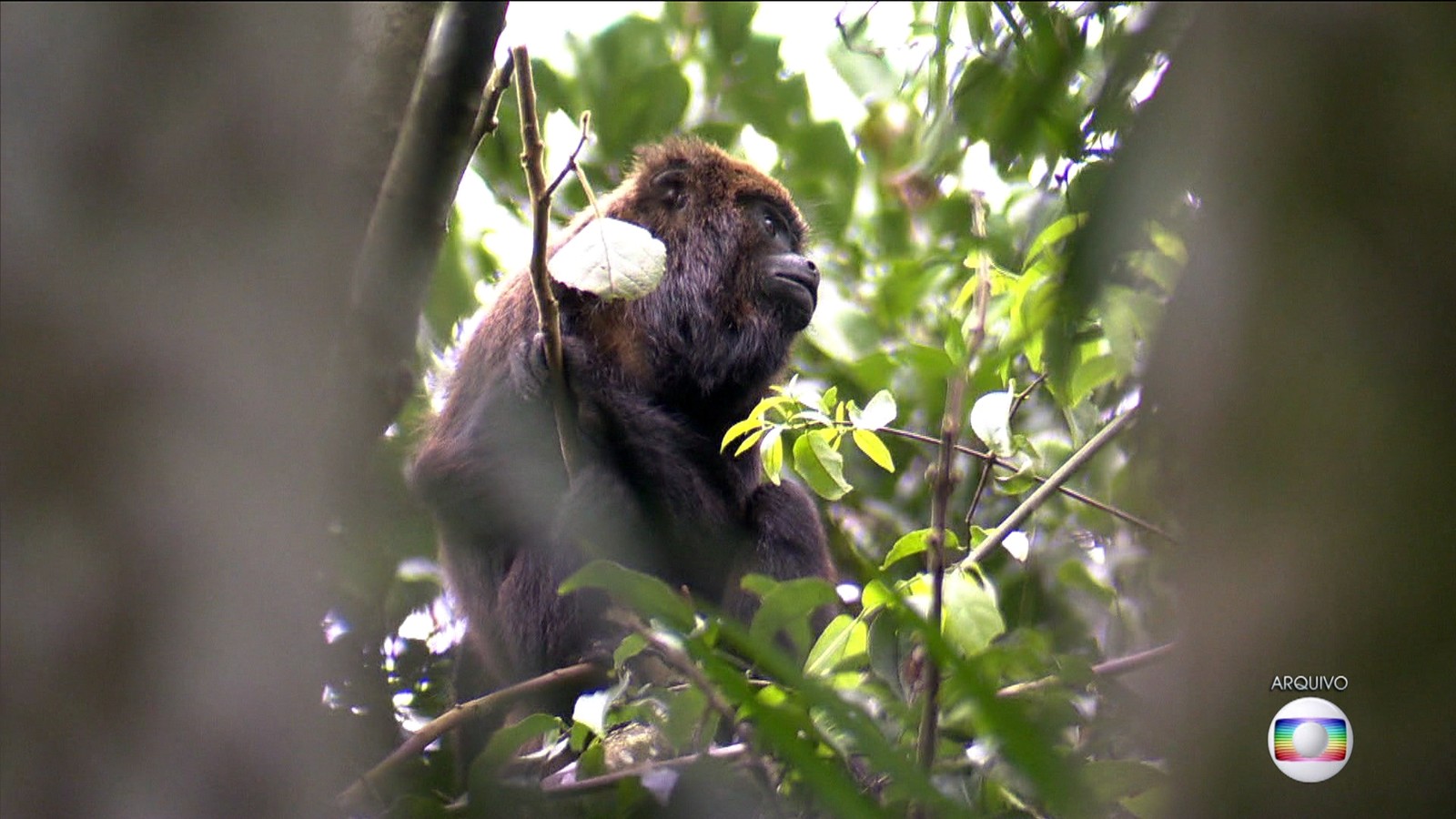 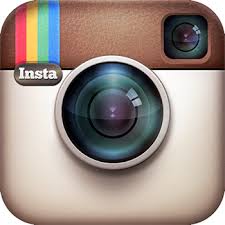